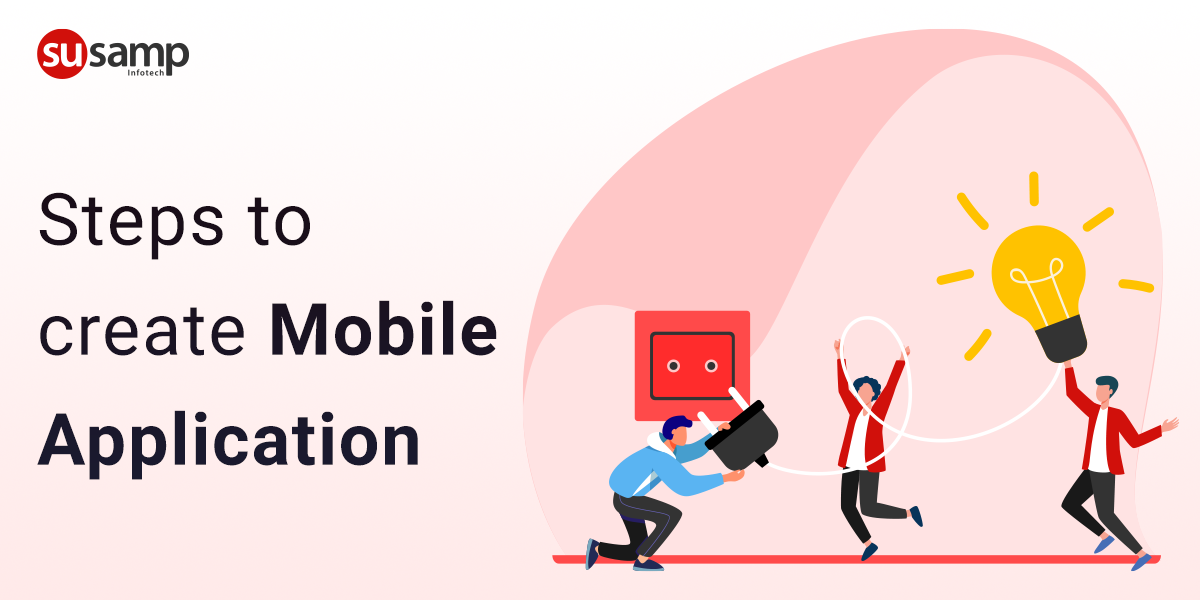 Applications can be a great source for both one who develops, gets the benefits of a large audience with upgraded interest in ease of doing things, and on the other side, People get lots of new tools at ease directly on their mobile devices.

The main thing behind application development is to provide key programs with quite an easy interface, people can utilise maximum benefit of it in their day to day life, that way the brand gets exposure to a large number of people. An idea can be turned into a program to solve many problems with ease.

The process of analyzing, collecting & interpreting data related to target audience, competitors and market as a whole. Any factor can affect any business any time, so it’s necessary to understand and evaluate the market regularly to get the idea about trends, demands & Needs.

PEST analysis is the best one to evaluate the market by political, Economical, Social & technological factors for strategic planning  to shine out bright in the market. One also needs to know how competitors are getting along with the marketplace. Observe everything, do survey to find what people actually need or look for, these initial steps might help in finalising long term goals of the product development and sales cycle.

After thorough market research, Get to know what all your product is going to do, why your product is important for users, how people can be benefitted of your product, Which are the platforms they can find the product at, when can they reach out to you for solving their problems.

Simplicity – Apps need to be simple to use that anybody can use it repetitively with comfort. To keep users engaged with the app, it needs to be a simple navigation between screens in the app.

Speed – Slow speed brings boredom to users, they feel frustrated if the screen keeps loading and takes time. fast loading screens are a necessity for any app.

User friendly – Along with speed clear Resolution and balanced colors are also necessary for user friendly app look. Giving smooth navigation with an attractive interface is what users need.

Security – An app which accesses user’s data needs to be secured enough to gain user’s trust, as sensitive information stored in phones should not be harmed in any way.

Flexibility – If a user can operate an app from any device he has, whether it’s android, iOS or any other OS, this flexibility brings the user’s smooth swift to any device having different screen fit size and resolution.

A sketch or guidelines before you actually build an Application which only shows application at structure level. It’s an early stage project life cycle.

Interface design – Providing visuals and depiction of the user interface.

Wireframing helps developers to cultivate objectives of the app & layout planning helps to define and understands the abstract concept easily.

Mockup introduces colors, style, typography. You can get to know how your app will look and also how the data is going to be represented on different sizes of mobile screens.

Typography – According to graphics & colors which typography will work best that needs to be examined.

Like most different sorts of software development, building an application necessitates that you realize how to code. There are two or three unique ways you can move toward this. Seemingly the best spot to begin is choosing which stage you need to take a shot at, with the two significant choices being Android and iOS. These issues where your application will run will decide the programming language you’ll be working in.

How to Code Applications for iOS:

Apple products, such as iPhone and iPad, use an operating system called iOS. Developers usually build apps for this platform using a coding language called Objective-C, which is one of many C variants. Apple chose this language as their primary code, so it’s essential to master.

You’ll likely need to use some other coding languages when building your iOS app, such as:

Mac items, for example, iPhone and iPad, utilize a working framework called iOS. Engineers normally construct applications for this platform using a coding language called Objective-C, which is one of numerous C variants. Apple picked this language as their essential code, so it’s basic to ace. You’ll probably need to utilize some other coding languages when fabricating your iOS application,

How to Code Applications for Android:

The official language of Android is Java. As an old and set up object-oriented language, Java is steady and has a tremendous network of users you can go to for guidance. Also one of the most well known programming devices for building Android applications, Android Studio, utilizes Java.

Furthermore, numerous developers decide to code their applications with C and C++. The specialized prerequisites of your application will direct which dialects you decide to work with.

Android application advancement is adaptable, and you can likewise code with different languages:

The accomplishment of a versatile application depends upon its quality by and large. App testing helps in order to predict user’s experience after an app’s public release. The end-users who use Mobile applications should have elevated standards with ease of utilization, quality & execution.

App Functionality: Testing functionalities of mobile apps like user interactions just as testing the transactions that users may perform. The primary reason for mobile application functional testing is to guarantee the quality, meeting the predefined desires, decreasing the danger or mistakes and consumer loyalty. It validates whether all the required mandatory fields are working as required.

App’s usability: Usability test is performed to have a brisk and simple mobile application with less usefulness than a moderate and troublesome application with numerous highlights. The primary target is to guarantee that we wind up having a simple-to-utilize, instinctive and like industry-acknowledged interfaces which are generally used.

App store optimization is the process of improving App visibility and user traffic to the App page. Most famous app platforms are App store for iOS & Play store for Android Apps. You can optimize your apps through App name, App Sub title & Long description with the help of keywords. Also App ratings & Screenshots can dominate users to install the app once they arrive on the App page.

Two way communication is the best way to interact with the audience and also for improving performance. If customer feedback is combined with analytics, the app developer will have a clear idea of the issues that are caused.

Inside App feedback form: while using App, if a user faces any issue with the app, then feedback form can help them to solve the issue by directly communicating to the developer team by raising a ticket.

Survey: Surveys have proven to be incredibly powerful tools for market analysis and driving customer insight. These may seem like simple questions to the consumer, but to a business these questions are crucial for understanding how to improve.

App review: Whether positive or negative, Reviews help developers to boost their confidence by showing overwhelming positive response & give a chance of improvement from negative feedback, even other users can also get the idea about the app out of review.